Seeking solitude in a shrinking world

I’m currently reading a fascinating book called ‘Walking with Cattle.’ I know it hardly seems an immediately enticing read but I came across it in a splendid new, independent, book shop in Fort William in the Highlands of Scotland.

Despite Fort William’s strategic location close to the foot of Ben Nevis and enjoying magnificent views of Loch Linnhe, it is a town with little to recommend it. Fort William is populated with shops that mainly cater for the hordes of itinerant coach tours that make its location, at the mouth of the Great Glen, a favourite stopping off point. If you are looking for shortbread, over-priced whisky, tartan rugs and artery-clogging eateries, Fort William excels. The pebble-dashed 60’s architecture of many of the buildings has destroyed whatever charm the place once possessed. It is difficult today to equate the Fort William that was once an important English garrison of old. It was created by Oliver Crowell to curb clan Cameron and later renamed in the seventeenth century after William of Orange. In the intervening centuries its character has disintegrated and now it’s just a traffic jam with loch views. The bookshop’s name, ‘The highland book shop’, might lack originality but it made up for it with an eclectic collection of both modern novels and interesting Scottish titles. I hope it succeeds, it deserves to.

Bit I digress. ‘Walking with Cattle’, whose subtitle is, ‘In search of the last drovers of Uist,’ gives you the raison d’être of the book’s subject matter. It is written by Terry J Williams, a farmer’s daughter and journalist, who became inspired by a drover’s sculpture she spotted outside the Dingwall and Highland Auction Marts in Ross-Shire. This auction market is still famous for its cattle sales and was once a repository of driven animals from across the north of Scotland, including the Hebrides.

North and South Uist are the central group of islands in the Outer Hebrides off Scotland’s west coast. Highland cattle and sheep were marshalled by drovers who collected the animals off the crofters, gathering ever bigger herds as they headed to market on the mainland. These were hazardous journeys driving them first across the islands to pier heads and then by boat to navigate the Minch (the water separating the islands and the mainland). Today it takes 3-4 hours to reach the mainland in a modern ferry so how long it took in days gone by is difficult to imagine. In poor weather the journey must have been alarming with packed, steaming, snorting, frightened animals penned on deck. Once over the water it’s a long trek to Dingwall or sometimes further south to other markets at Crieff and even as far as England. The drovers slept in the outdoors with their animals and dogs. These men had a unique bond with their beasts as well as possessing a special knowledge of the glens and mountain passes they had to negotiate. The cattle were all cloven with metal shoes, like horses, for the long arduous journey on stony tracks, fording rivers and negotiating sucking peat bogs. The advent of bigger ferries, motor wagons and trains eventually spelled the death knell of long distance droving although animals were still being moved by drovers to pier heads or local sales on the islands up until the 1960’s. The book captures this recently passed way of life from the tapering light of memory of the families and relatives of the islands’ old drovers.

And that is really the point of this piece.

The here today gone tomorrow manner of our lives means events and experiences pass by in the flash of an app. So that the extraordinary soon becomes homogenous, bland and quickly discarded. Of course, our quality of life is a hundred times superior to a cattle drover of even sixty years ago, let alone three hundred years, when sometimes thousands of head of cattle and sheep would be on the move in one group. Yet for all our technological improvements, creature comforts and speed of change it is clear that many people are constantly hunting for new experiences and some kind of spiritual fulfilment.

For some, travel to far-distant places satisfies this urge ‘to get away from it all.’ I read in job advertisements a constant theme of achieving a good work/life balance. Others seek inner fulfilment through courses for ‘mindfulness’ and anxiety and stress counselling. These behaviours point to an underlying restlessness and unhappiness that perhaps belies the need for a more authentic way of living?

I have just spent three weeks in a remote part of the west of Scotland seeking solitude for myself to complete the edit on my latest novel, ‘The Third Apology.’ I have been visiting this same fairly remote part of Western Scotland for the last thirty years or more and I have witnessed the growth of tourism, particularly more recently, as foreign tourists exploit our weakened pound and ‘staycations’ increase.

Since childhood, Scotland has always been special for me, and up until the last few years, has remained, mercifully, an unchanging environment. A place of beauty, tranquillity and unspoilt wildlife. No internet, no telephone, few people and little traffic and in high summer, swarms of mighty midges. The midges were always a constant but now so too is mobile phone access and internet connections (albeit still sporadic in the very remotest parts). There are certainly many more cars, camper vans, cyclists, kayakers all of which means more people. And unlike the cattle drovers of Uist who only spoke Gaelic, it is now not uncommon to hear German, French, Dutch, Italian and Chinese voices as well as southern English spoken in local shops and hotel bars.

But if you can find the holy grail of remoteness, it does take some time to adjust. In my case my only company was a laptop (no internet) and Toby, my working cocker spaniel. We were cosy in our small, one-bedroom cottage with an open fire and an ample supply of logs to keep us warm. However, it was strange not being surrounded by people, answering emails and taking phone calls.  I suddenly felt like a widow being without my wife and finding myself in a domestic environment where if I didn’t prepare my own meals I would go hungry. There is only so much malt whisky you can consume without eating!

After a couple of days I settled into a routine of working on my book and occasional shopping in the village shop five miles away to stock up on basic provisions like bread, milk and vegetables.  I had bought plenty of essentials to keep me going and a few ready meals to get started. Conversations were sparse and few and far between. Some brief words on the riverbank with the estate owner to discuss the river condition for fishing for sea trout and salmon in the evenings was about as far as it went. I struck up some conversations with Toby, my dog, about when we’d take a walk, and what we were having for dinner. He looked at me quizzically as if to say, ‘has the master has had too many drams?’ He didn’t complain as he was getting longer and more exciting walks than at home. And even the night-time bellows from rutting stags on the nearby mountain sides didn’t perturb his slumbers.

I know it is selfish to want to keep these special places for oneself but the luxury of time and the magic of isolation are becoming more and more precious commodities. Yet even there, I felt that the world was shrinking around me.

My late father would tell me when he took the overnight sleeper from Euston to Fort William in the 1920s, the porter would knock on the sleeping compartment door at about seven o’clock when the train reached Crianlarich station, six miles north east of the head of Loch Lomond, and deliver a welcome pot of morning tea.  And I’m pleased to say that tradition still holds good as I discovered earlier this year on the Caledonian sleeper as the train slowed at Crianlarich station there was a knock on my door.

So thankfully, not everything changes. Well, not yet anyway. 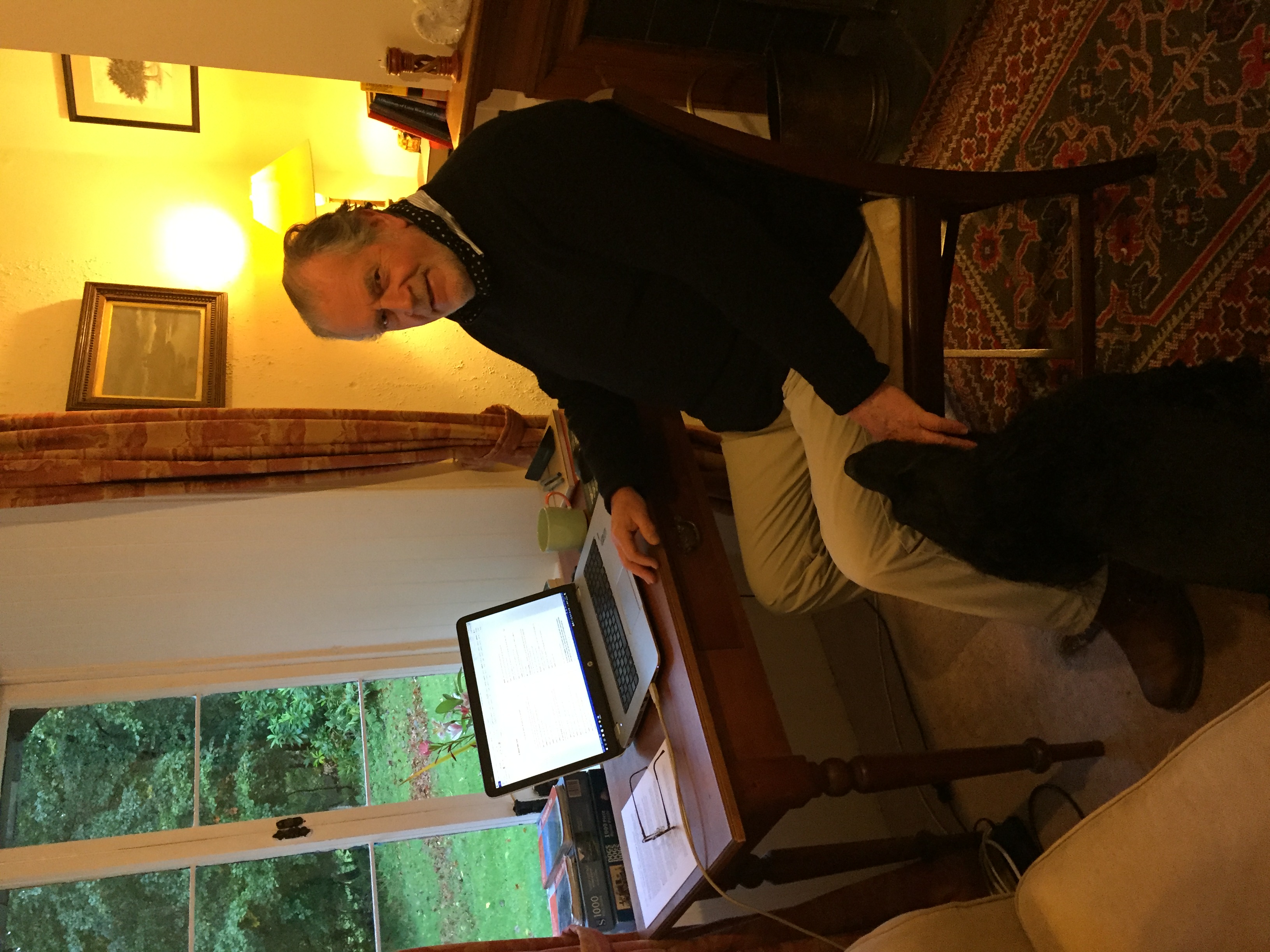 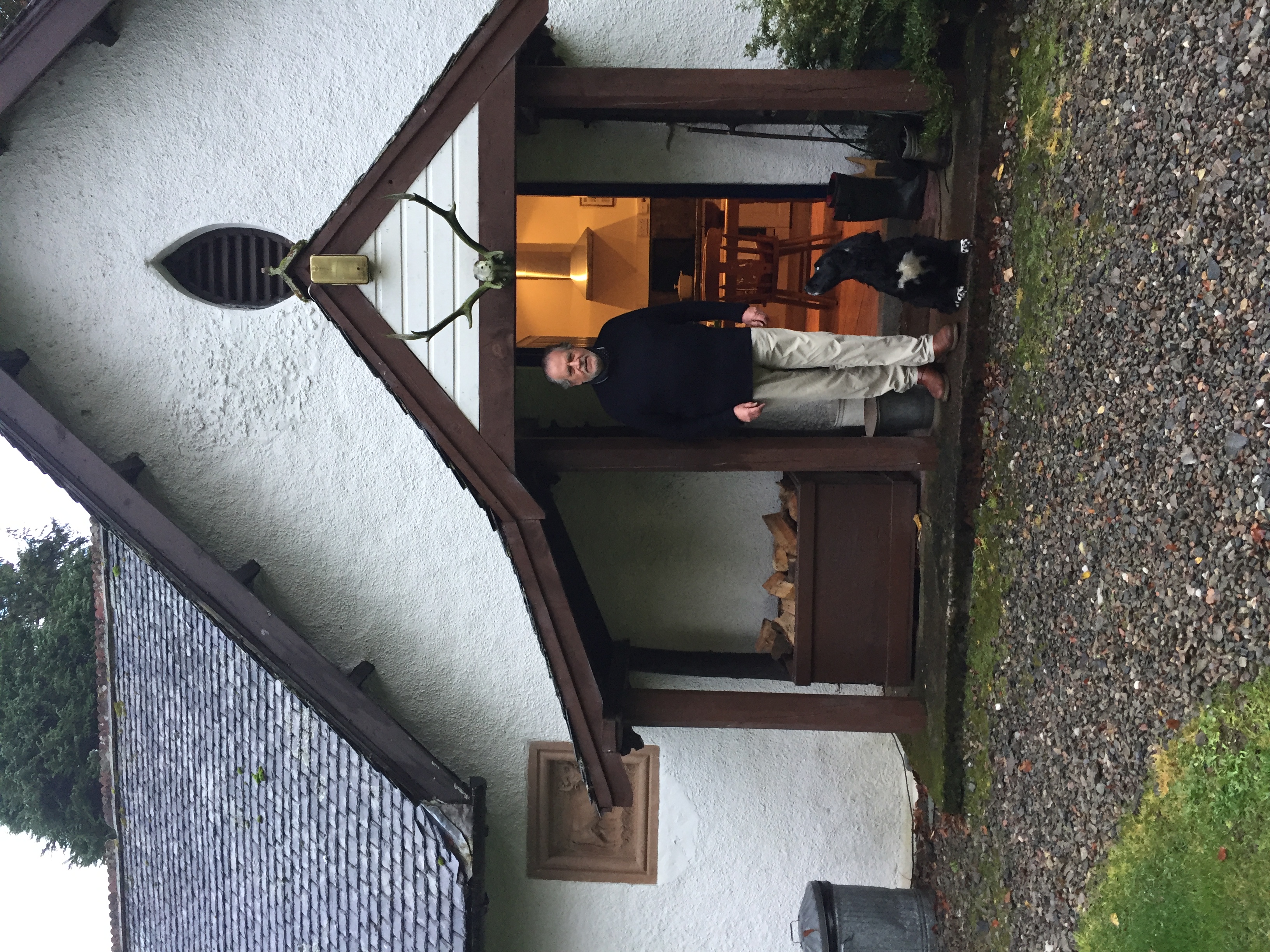